Policing Black Lives: State Violence In Canada From Slavery To The Present

With its official policies around multiculturalism and formal commitments to equality, Canada is often seen as a beacon of tolerance and progress. In Policing Black Lives: State Violence in Canada from Slavery to the Present, Robyn Maynard contrasts this ideal through the presentation of a history of colonialism and slavery in Canada. She describes the making of Black poverty, surveillance, and subjugation, and the institutions that perpetuate anti-Blackness in the modern day. Maynard’s book challenges the misconception of Canada as somehow immune to, or cured of the Black and Indigenous oppression found in other settler colonies.

Policing Black Lives begins with a detailed history of slavery, segregation, and racial capitalism. In these first chapters Maynard effectually challenges the notion that Black slavery in Canada was mild in comparison to the vast plantations seen in the American South. She describes the use of Black and Indigenous slaves in New France, and later in the British colonies of what would become Canada. Maynard argues that slavery not only succeeded in providing free labor, it also gave meaning to what it is to be Black—with lives being devalued and in need of surveillance and control.

Throughout her writing, Maynard meticulously includes the ways in which a diversity of ethnic groups was considered a threat to ‘white purity’. For example, she includes a discussion of early opium laws targeting Chinese immigrants to Canada and she consistently pays special attention to the marginalization of Indigenous populations from the start of her book through to the final pages.

Following abolitionism, Canada presented itself as a tolerant country; but the Multiculturalism Act in 1971, Maynard argues, did little to actually address the social and labour inequality of Black Canadians. She posits that under the guise of multiculturalism Canada exploits the cheap labour of Black migrants through temporary foreign worker programs, such as in the case of Caribbean domestic workers and agricultural workers. She says that such treatment is accepted because of an existing culture of devaluing Black lives and labour dating back to slavery.

The author goes on to discuss a number of social and political institutions that continue to perpetuate anti-Blackness and racialized poverty post-slavery, beginning with the criminal justice system. Here she argues that discriminatory police practices and use of carceral sentences serve to maintain the racial hierarchy, and these practices are legitimized through the linking of Blackness and criminality—thereby devaluing the lives of Black Canadians. Maynard describes the ways in which Black mobility and liberty are restricted as a result of fear, through such modern practices as ‘street checks’ and ‘carding’. Maynard goes on to describe the fear of law enforcement that exists within Black communities and the apparent lack of accountability of law enforcement following police-involved death or injury of civilians. She then discusses discriminatory trends in the judiciary and the penal system, such as the disproportionate numbers of Black people receiving pre-trial detention orders, as well as the abhorrent conditions to which prisoners are subjected.

The author uses this discussion of the criminal justice system as an entry point to situate Black women and other victims of gender inequality within social and political institutions: “State institutions in Canada have played a key role in perpetuating and reinforcing state violence, systemic exploitation and vulnerability by representing Black women as welfare queens, sex workers and drug mules” (p. 131). Maynard discusses welfare fraud and the crackdowns of the late 1990s in response to an imagined threat, resulting in a de facto criminalization of poverty and poor women’s survival strategies. This criminalization, Maynard argues, has opened the door to intense surveillance of racialized women in poverty by the state.

She continues her discussion of social and political institutions with chapters on immigration, child welfare, and education systems. Maynard argues that immigration status provides another layer of subjugation, further legitimizing surveillance and confinement of people of colour. Immigration detention is indefinite and arbitrary and is framed as administrative, rather than the punitive process that it really is. She goes on to provide a heartbreaking account of the history of the child welfare system in Canada, with an especially powerful account of the Nova Scotia Home for Colored Children. Here Maynard makes the provocative, but strong argument that claims of child neglect against Black families obfuscates poverty and the pervasiveness of systemic racism. Finally, she argues that Black students often experience schools as spaces where surveillance and punishment are pervasive, and for many families, schools are very often the first point of contact within a collective of institutions espousing anti-Blackness. The author does conclude her book on a note of optimism, with a discussion of various activities of Black resistance in the search for racial, social, and economic justice.

The main thesis and central arguments of Policing Black Lives are supported through an in-depth review of the literature. The author does not present original empirical work. With that said, she does present a number of case studies and personal stories which help to drive the narrative—particularly in chapter 4 titled, “Law Enforcement Violence against Black Women”. These personal stories, which are often both engaging and emotional, enhance the work by adding a human voice to the depiction of the larger trends.

Where Maynard’s work suffers is in her presentation of the empirical work of others in substantiating her arguments—specifically she often neglects to present points of comparison to contextualize cited research. For example, she presents the 2000 work of Lamba, Mulder, and Wilkinson on page 75. According to Maynard, Lamba et al.’s research found that while over 40% of African women work in the service industry, approximately 60% of African migrants residing in Alberta had a post-secondary education. Firstly, the level of education of all members of this group is not an indication of the level of education of the sub-section she points to as working in the service sector(women). More importantly, it would be useful to know how these findings contrast with white migrants in Alberta or with native-born Canadians (men and women). In a Statistics Canada 2000 Education Quarterly Review (Vol. 7, No. 1), Marc Frenette (2000) used the National Graduates Survey to determine the extent to which Canadian-educated graduates were overqualified for their current jobs throughout the 1980s and 1990s. This work titled, “Overqualified? Recent Graduates and the Needs of their Employers” found that between 27% and 48% of those who graduated with a Canadian college diploma, bachelor’s degree, or doctoral degree were overqualified for the job they were in (at the time they were hired), depending on the field of study. Overqualification was higher for those with a master’s degree, ranging from 48% to 72%—again, depending on field of study. These results indicate overqualification was fairly common during the timeframe of Lamba et al.’s work; thus, without more context as to how African migrants residing in Alberta contrast to others in Alberta with similar educational backgrounds in terms of field of study, it is difficult to know whether or not there is something unique about the underemployment seen in this group.

Another example of Maynard’s less than strong engagement with empirical work can be found on page 173 where she argues Black people are disproportionately deported out of Canada. She states, “[i]ndeed, by 2001, Black persons made up made up [sic] 60 percent of the persons deported from Ontario since 1995, becoming the population expelled most frequently for criminality (ACLC 2001).” While there is little doubt that border regulation disproportionately impacts migrants of colour, without knowing the ratio of ‘deportable’ Black persons in Ontario to the total value of ‘deportable’ migrants in Ontario, this particular statistic is not terribly useful—even when contextualized among the large number of other examples of anti-Blackness and anti-immigration provided in the book.

In a similar vein, there are a few statements made in this book which are slight misrepresentations of fact or are just inaccurate. For example, in a discussion of law enforcement acting with impunity in chapter 3, she lists several examples of Black deaths in the city of Montreal at the hands of police. She argues that the police were not held accountable for these deaths. Oddly, she includes in her list a case where the individual died of cardio respiratory failure following arrest (p. 104). Without any further details it is unclear how this case relates to officers acting with impunity in the deaths of civilians by their hands. Another example of this can be seen on page 85 where Maynard claims the RCMP to be Canada’s first police service, circa 1873. By Confederation in 1867 however, there were already several police services in existence, including Toronto, circa 1834, and Montreal, circa 1843.

Despite these small inaccuracies and criticisms around engaging with empirical research, Policing Black Lives is a strong and otherwise well-researched piece of writing. Maynard’s timely work is appropriate for both a casual and as well as a student audience, and fits nicely within a wide range of disciplines, theoretical approaches, and areas of research. Some of these areas may include critical race theory, indigenous studies, gender studies, feminist theory, Canadian history, and Black history. With that said, this book may lack appeal amongst practitioners and policymakers, as in-depth discussions of practical, actionable policy implications are beyond its scope. For any knowledge consumer looking to educate themselves on Canada’s little-known history of slavery and Black subjugation, and the institutions that perpetuate anti-Blackness in the modern day, this book is recommended. 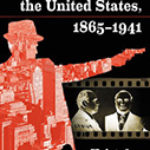 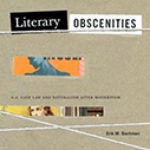