Vice Capades; Sex, Drugs, And Bowling From The Pilgrims To The Present

In the 21st century, the word “vice” brings to mind images of either recreational drug use at a wild party or a lonely street prostitute walking up to car windows on a cold night. In Vice Capades: Sex, Drugs, and Bowling from the Pilgrims to the Present author Mark Stein utilizes a humor-based approach to tracing the lengthy history of vice control in the United States. This history goes far beyond just drugs and prostitution. The long list of vices that are discussed include juggling, bowling, cursing, fighting, dancing, witchcraft, voodoo, adultery, video gaming, drug use, pornography, adultery, prostitution, public nudity, polygamy and interracial relationships.

The book is laid out chronologically across eight chapters. The initial chapter discusses vice regulation in colonial America before the Revolutionary War. Stein explains that the very first communities established by Western settlers in the 1600s undertook efforts to curb smoking, gambling and other “indecent” acts. As the new country developed, the desire to control individual behavior did not cease. In the second and third chapters, Stein analyzes vice policy in relation to important events of the 1800s, including the emancipation of slaves, mass immigration and the treatment of Native Americans. Much of this content focuses on actions during the anti-vice movement of the late 19th century.

The middle of the book highlights multi-faceted efforts to control vice behavior in the early 20th century. By this point, changes in American life and advancements in technology had altered the nature of vice. Many anti-vice controls that were local in previous years had now become national. In later chapters Stein takes on contemporary issues including gay rights, the War on Drugs, female prostitution, and tobacco regulation to demonstrate that the controversial regulation of private behavior lives on today.

The most notable aspect of Stein’s work is how many different factors have influenced control of vice over the centuries in American history. These factors include race and ethnicity, gender, religion and politics. Stein illustrates how laws focusing on Native Americans’ use of alcohol in Massachusetts, interracial sexual relationships in Virginia and the perceived idleness of African-Americans in Pennsylvania were among the first vice policies in colonial America. Later, the perceived links of many minority groups to drug use influenced the creation of 19th and 20th century drug laws. By associating African-Americans to cocaine use, Hispanics to marijuana use and Asians to opium use the drug war crusaders had wild success in gaining support for regulations and prohibition.

The control of sexuality also brings the variable of gender to the forefront of vice policy discussion. Laws across the centuries have defined the clothes women can wear and the control they are permitted to have over their bodies. Stein traces this evolution from laws enacted before the American Revolution to debates about bikinis following World War II. As one might expect, nearly all of the discussion focuses on males in power exercising control over the actions and behaviors of women.

A long track record of religious influence is documented throughout the text, as well. The predominantly Protestant New York Society for the Suppression of Vice emerged at several stages under the leadership of Anthony Comstock to battle the perceived evils of pornography and obscenity. Predating this crusade were a number of laws controlling intimate sexual behaviors that were largely rooted in religious beliefs. Although the impact of religion has diminished in recent years, the laws that were passed in prior generations often still exist in legal codes today across the country.

Examples of political influence in vice control are numerous, but one of Stein’s clearest cases is the process of admitting Nevada into the union in the 1860s. The author links Nevada politicians’ “blind eye” toward vice to the political benefits that accrued to the Republican Party at the time.

More recently, campaigns against vice, particularly drugs, have been viewed as a politically safe approach to garnering support. Since the rise in recreational drug use in the 1960s, presidential candidates have gained popularity through appearing to be tough on drugs.

Ultimately, each of these aforementioned influences on vice control centers on political power. Power is exercised through propaganda campaigns and the creation of law to regulate vice in an arbitrary and inconsistent manner. At times, individual freedoms may be trampled upon in demonstrating power. In most instances, variables like race, ethnicity, gender, religious beliefs, and political viewpoints also shape who is most affected by laws to control vice.

The book does not contain extensive discussion about how to define a vice and precisely what differentiates a vice from a non-vice act. Academics have not devised a consensus for what constitutes a vice. Clearly, Stein uses a broader interpretation of vice than many other writers by including behaviors such as interracial marriage and bowling. This allows for a discussion of actions (and subsequent reactions) that tell an in-depth story, and Stein does make connections for the reader between all the vices discussed in the book.

Among the topics that is not extensively discussed is the passage and enforcement of the Mann Act in the early years of the 20th century. Originally targeting prostitution and human trafficking, the Mann Act appears to be a classic example of the use of law to regulate individual behaviors and establish a moral panic, yet the Act is only discussed in passing here.

Over all, the author questions the appropriateness of using law and persuasive policies to dissuade individual citizens from engaging in acts considered as vice. Yet in the final chapter, Stein documents that there have, in fact, been successful efforts over the course of several decades to greatly minimize tobacco use for children and adults in the United States. This anti-vice strategy has involved a combination of aggressive lawsuits, public service announcements, zoning and taxation. That tobacco usage rates continue to drop to suggests that vice control can succeed in the right setting.

While this book touches on some issues that many informed students of U.S. history will know, there are countless anecdotes that will surprise even the most knowledgeable scholars. For a topic area that has received very little attention in peer-reviewed journals and books, this historical account will entertain and educate both laypersons and academics. 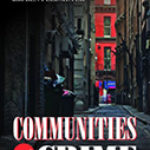 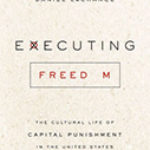