Victims of Environmental Harm: Rights, Recognition and Redress under National and International Law

When Lynch (1990) first introduced the term “green criminology” to criminologists, he suggested that it might include:

(1) the study of crimes committed against humanity through environmental destruction; (2) the study of laws, treaties and movements designed to promote sound environmental practices that protect [against] the destruction of human, plant and animal life; (3) examinations of the successes and failures of governments and corporations to protect humans and animals from environmental hazards; (4) the study of specific governmental and corporate practices and social trends that destroy the environment and thereby threaten the survival of humans, animals and plants; (5) the study of reckless, negligent or willful destruction of humans and animals through misuse of [t]he environment or environmental [predation]; (6) examinations of the testing of chemical compounds, drugs, etc., on animal and human subjects and the production of commodities and chemicals that have negative effects on all forms of living organisms; and (7) the study of hunger and homelessness as the product of corporatism, individualism, greed, corruption, poor planning, overuse/poor use of land, excessive pesticide use, etc.

Lynch made clear that his list was not exhaustive and noted the contributions of scholars in other fields. For Lynch, the study of environmental harm and degradation would not be criminology’s alone, but criminology should not stand on the sidelines or sit in the bleachers. Criminologists—and especially critical criminologists—needed to maintain their commitment to exposing class biases in criminal law and the criminal justice system, while also broadening their gaze “to deal with a wider variety of class-related injustices that maintain an inequitable distribution of power while destroying human life, generating hunger, uprooting and poisoning the environment of all classes, peoples and animals.”

In the years since, criminologists have embraced Lynch’s challenge, identifying and exposing a wide range of environmental crimes and harms. For the most part, their focus has been on offenders and perpetrators of harm—what acts or omissions, by whom, where and on what scale, how, and, increasingly, to questions of why (see, e.g., Agnew 2012a, 2012b, 2013). Comparatively little has been written on the victims of environmental crime and harm.

Hall begins, in Chapter 1, “Victims, environmental harm and international law,” by setting forth the principal research questions addressed in his book:

Hall clarifies that his focus is on “victims of man-made environmental disasters as opposed to the ‘casualties’ (Williams, 1996) of natural catastrophes” and “human victims of man-made environmental degradation” (p.3; emphasis in original). While not insensitive to the fact that non-human animals, ecosystems and the biosphere can be and often are victims of environmental harm, Hall explains that by confining his discussion to human victims, he is able to situate his discussion “within a conception of environmental rights (as an extension of human social rights)”—and to examine how national and international criminal justice mechanisms respond to such human victims—as well as to tease out and highlight how “environmental victimization, like other forms of victimization, is an active social process” (p.3). Hall’s hope is to bring together the fields of international law and victimology on the grounds that “international environmental lawyers can benefit from the individual-based and agency-based discussion provided by the victimological literature (incorporating the people who, after all, constitute states), whereas victimologists can draw from the structural frameworks developed by international lawyers as a means of furthering official recognition and redress for victims of harms brought about by environmental degradation (and perhaps other harms)” (p.22).

Chapter 2, “Identifying and conceptualizing the victims of environmental harm,” presents a typology of the forms of harm environmental victims might experience, splitting environmental victimization into health impacts, economic impacts, social and cultural impacts, and impacts on security. Hall then considers “victims as offenders, offenders as victims”—“the substantial overlap which seems to exist between those prompted to commit criminal offences by environmental pressures and the victims of those pressures” (p.38)—before turning to a discussion of how the impacts of environmental degradation and climate change are distributed unequally among the world’s population. Given the book’s overall goal of determining how national and international law can be applied to a wider range of environmental victims, Hall concludes the chapter by offering a new conceptualization of those affected by environmental harms—victims of abuse of power under the United Nations’ 1985 Declaration of Basic Principles of Justice for Victims of Crime and Abuse of Power (the “1985 UN Declaration”).

In Chapter 4, “Human rights, victim rights, environmental rights?,” Hall discusses the advances in both victimology and international environmental law linking the plight of victims with wider human rights, drawing parallels between “the relatively recent moves to ascribe ‘rights’ to victims of crime more generally and recent developments within international legal scholarship concerning environmental harms” (p.73). Hall considers the prospect of individuals gaining redress from states for the impacts of environmental harms through a right to a clean, unpolluted environment, as well as the impact of the 1998 United Nations Economic Commission for Europe (UNECE), ‘Convention on Access to Information, Public Participation in Decision- making and Access to Justice in Environmental Matters’ (usually known as the “Aarhus Convention”) and the question of environmental victims’ participation in civil, criminal or administrative processes in which corporations, states or any other parties are held to account for the harms caused by polluting activities. Particularly compelling is Hall’s section entitled “Conceptualizing victims’ rights,” which demonstrates that the book, as a whole, is not just one about victims of environmental harm (and the limitations and potential of international environmental law and rights regimes), it is one that considers victims, more generally, as well as the operations of international law and rights regimes, more broadly.

Chapter 4’s examination of the application of human rights principles to victims as a whole in the victimological literature and specifically to victims of environmental harms demonstrates that both victimologists and international environmental lawyers face common difficulties in terms of the recognition of any such rights. But the difficulties are not identical, Hall points out at the end of the chapter: the key difficulty faced by victimologists is the lack of enforcement and redress mechanisms in traditional law for victims of crime, whereas for international environmental lawyers, the structure of international instruments does not recognize the needs of or harm to individuals.

Hall then turns to the second research question: what are the limitations of current provisions for environmental victims? Again, Hall reviews the evidence and debates from previous chapters (especially Chapters 1, 3 and 5) to conclude that the limitations presently impeding the development of greater official recognition, support and redress for victims of environmental harm through criminal justice are not insurmountable, but that “the complexity and scope of the relevant issues are too wide for lawyers, criminologists or victimologists to fully address in isolation from each other” (p.140).

As an advocate of interdisciplinary approaches and arguments that call for fields to adapt their existing assumptions, orientation and methodologies in light of the insights provided by other fields, I have a particular fondness for Victims of Environmental Harm: Rights, recognition and redress under national and international law and wholeheartedly endorse Hall’s position that victimologists and international (environmental) lawyers have much to learn from one another. I also very much appreciate the care Hall took to define key concepts and terms (e.g., “environmental victims” and “traditional victims” (p.3-4); “environmental degradation” (p.4); “conservation criminology” (p.6-7); “compensation,” “restitution,” and “redress” (p.97); “restorative” (p.123); “green victimology” (p.144); “inter-disciplinary” versus “multi-disciplinary” (p.157 n.38))—an effort that shares common ground with another excellent recent book—Rob White’s Environmental Harm: An Eco-Justice Perspective—and which exponentially increases the accessibility of the book.

Were I to have any criticisms of Victims of Environmental Harm: Rights, recognition and redress under national and international law, they would be the truncated discussion of standing in U.S. environmental law, which is often a huge obstacle for victims of environmental harm in the United States, as well as the inattention to individuals suffering harm and injury from oil spill cleanup activities (see, e.g., D’Andrea and Reddy 2013). But these are minor matters that Hall could easily address in future work and which do not at all detract from the overall significance of the book.

Agnew, Robert. 2012a. Dire forecast: A theoretical model of the impact of climate change on crime. Theoretical Criminology 16(1): 21-42. 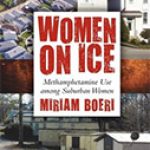 Women on Ice: Methamphetamine Use Among Suburban WomenBooks, Full Reviews 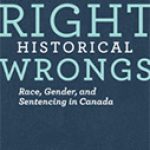